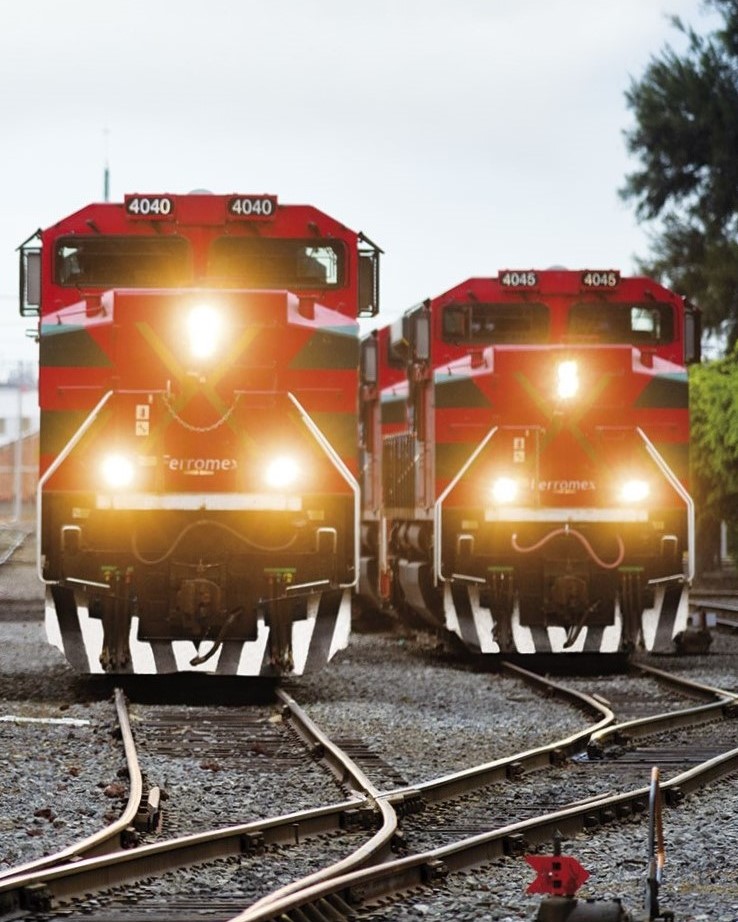 We remind you that from may 2 you must use only the eBOL and RVP modules to carry out the documentation, release and empty equipment request processes.

GRUPO MÉXICO TRANSPORTES IS GROWING FOR YOU

WHO WE ARE > TECHNOLOGY

Since it was privatized in 1995, the Mexican railroad industry has strived to remain on the cutting edge in terms of technological innovations, increasing operating efficiencies, improving safety, and offering better service.

Some of the new technologies incorporated in recent years include: 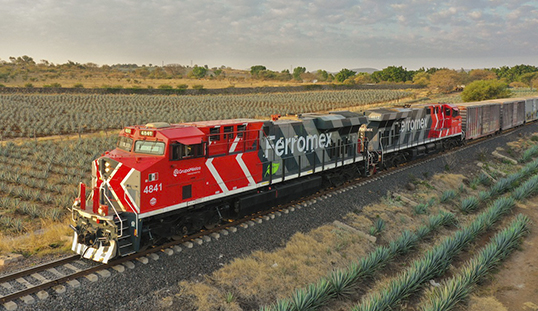 43% of our locomotives are state-of-the-art and have better traction, pulling force, and improved fuel performance reducing the release of contaminants. 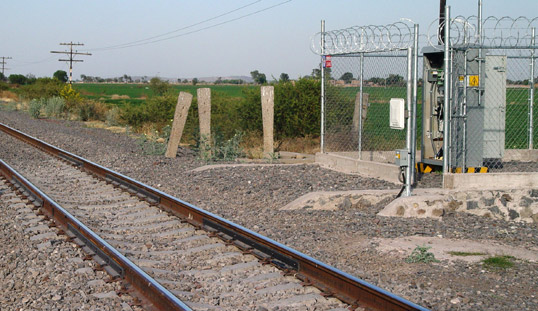 The function of the WILD is to check the wheels of both the cars and the locomotives. If there is any overloading or weight that is poorly distributed, in cars or wheels with graders, this technology lets us know in order to be able to avoid derailments, improve fuel performance, and reduce wear and tear on the rolling stock components, the rails, and other track elements.. 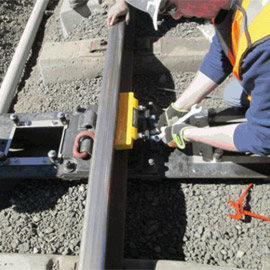 These devices alert train dispatch personnel and crews when defective bearings are detected or objects being dragged by the train. This is possible through transducers placed on the rails and the measuring of the infrared energy emitted by these devices.

These detectors identify problems in railcar trucks by measuring the strength on the track, so adjustments can be made. This helps us to prevent accidents, increase the useful life of the infrastructure and the cars, and also to reduce both traffic interruptions and fuel consumption.

Start and End of Train Devices (SOT and EOT)

These electronic devices monitor the pressure conditions in the train's brake line, alerting the crew to any possible leakage in the brake tube, divided train, or closed angular valves. These functions were previously performed by crewmembers who traveled in a caboose. 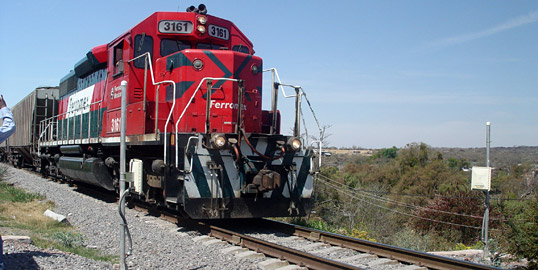 This systems reads the information for each car through identification labels that are placed on the different units. This information is read by antennas placed on both sides of the track, transmitting the time, date, direction, speed, and number of the car by modem to the central computer; facilitating inventory control at yards, the verification of the contents of trains, monitoring at interchanges, the placement and removal of units, and also arrivals and departures. 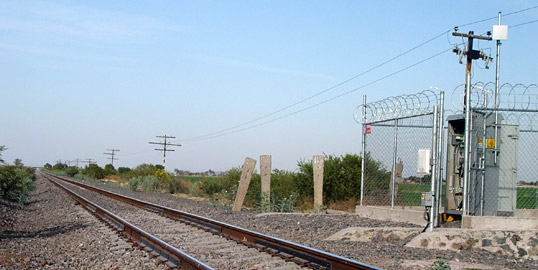 Rail yard switch points are operated by remotely controlled electro-hydraulic mechanisms from a central point. They can be operated wirelessly over a radio linkup or manually. This helps the movement of trains and cars within the yards, reducing times and costs for equipment classification.

We have equipped our locomotives with these systems which turn off the diesel engine when the locomotive is stopped. These systems also monitor different conditions, such as temperature, battery voltage and air pressure, and keep the locomotive on standby, reducing fuel consumption and the release of contaminants.